Foundation
Illustrated green tinted depiction of a tattooed wrist; a view of stone-like figures and an orb topped tower on a 3D cube with an archway cut through the middle., Cover illustration by Don Punchatz., Ace science fiction classic : 30600

Foundation and empire
Illustrated blue tinted depiction of two figures, one playing a lute, and the partial heads of a horse and other beings imposed on two 3D triangles., Cover illustration by Don Punchatz.

I am a woman
Photo of a brunette, taken from above, seen with the strap of her top sliding down one shoulder. Verso includes hand drawn outline of image from the front cover., Gold medal books d833 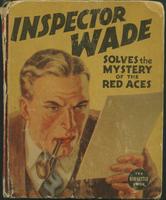 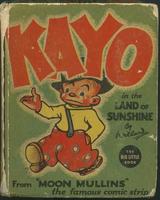 Mother of the year
Illustrated depiction of Richard Spade tucking a gun into his belt band. In the background is a bikini wearing Miss World, smiling with arms outstretched, behind a red gun sight. Verso includes portrait of B.B. Johnson wearing sunglasses with a pipe in his mouth., 64-343.

Noon and night
Photo of a partially blurry older man, dressed in a suit, with an in focus topless younger man visible over his shoulder., Award books A554X., Sequel to: Seventh summer.

Odd girl
Illustrated depiction of a woman in a pink negligee reflected in a mirror with another woman standing over her shoulder., Beacon B230.

Pimp : the story of my life
Illustrated profile portrait of Iceberg Slim. Verso includes blue tinted illustrated depiction of Iceberg Slim's face behind a woman with her arms wrapped around her chest., BH417.

Planet of probability
Illustrated background of a female figure with rainbow coloured, flame like hair, wearing a red bodysuit illuminated with black stars and vines. Behind her is a bound man lying on the ground being watched by a seated guard and a robot. Visible in the background are waves, mountains and palm trees., Cover illustration by Kelly Freas., DAW=sf books, no. 40.